I don’t know if you’ve noticed, but since going vegan I’ve gotten really into food. I mean, everyone likes food, and I have always been a fan of food, but my holidays lately are increasingly centred around food.

I’ve been to Amsterdam once before, for my 20th birthday, and I can’t say I paid much attention to which places might be good to eat while I was there, but fast-forward six years and I arrived last weekend with notepad in hand, Happy Cow list at the ready and a budget almost entirely put aside for eating my way around town. Let’s say, the trip was a big success.

There are all kinds of things to see and do in Amsterdam, like visiting Anne Frank’s house and going into a mad ride at the Heineken Experience that brews you up like beer, but this post is not about those things. This one is about where to eat in between adventures. Without further ado: my vegan restaurant/cafe highlights from Amsterdam.

Just look at that, would you? Take it all in. That is but one of Vegan Junk Food Bar‘s incredible burgers, part of an extensive menu of totally OTT, totally rad vegan junk.

Sat just behind the Heineken Experience and right next to a tram stop for easy access, VJFB are happy to accommodate gluten-free eaters as well as being a fully vegan venue. I can’t say any of the places we ate in Amsterdam were particularly tight-budget-friendly (those of you that follow my Instagram may have spotted that this month back in the UK, we’ll be living entirely off of super-value tins of chickpeas and lentils to make up for the amount we spent on eating out on this trip) – but Vegan Junk Food Bar is well worth the splurge.

The loaded Kapsalon fries with faux shawarma strips, cheez and jalapeños were ludicrously good, and serious levels of full stomach happened after demolishing double-decker Notorious Sumo and Daddy Mc Chick’n burgers. Yeah, everything has a silly name. It goes well with how completely silly everything is. Have you seen the image below? Can you even tell there are fries under there? Have you ever had loaded fries that were that f***ing loaded?! Nah, didn’t think so.

Nearby tourist stuff: Heineken Experience, Rijksmuseum, Sarphatipark.
Get your butt there, order a Heineken on the side that tastes ten times better than it ever has in the UK and have a blast.

But wait! Is heineken vegan?

Yep! While some lagers are filtered with hideous animal products, Heineken’s beers are totally vegan-friendly. If  you’re visiting the Heineken experience before or after lunch at the Vegan Junk Food Bar, you can enjoy all the beer servings that come with your ticket guilt-free.

Happy Pig aren’t a totally vegan venue, but seeing as they’ve done such an excellent job on their vegan pancakes I couldn’t leave them out. Keep an eye out in your hotel / hostel for the little racks of mini discount cards you sometimes see, because you might just score one for 11% off at Happy Pig, and if you aren’t as forgetful as I am you might even manage to use yours.

For an extra 50 cents you can go ‘gluten-light’ with a buckwheat pancake, and while I can’t vouch for those ones, I’ve heard they’re just as good as the rest. Filling-wise, the apple, raisin and cinnamon mix with toasted almond slices was too mouthwatering to pass up, but if you’re on the hunt for a savoury snack you’ll be pleased to hear their mushroom stroganoff pancake is also vegan as standard.

As we went for breakfast, and as the stroganoff sauce has vodka in it, it was fruit and syrup all the way and the photo below doesn’t begin to do justice to how awesome that decision was.

There are two branches of Mastino in Amsterdam, but while the one near the Heineken Experience is an omni joint that happens to have some vegan pizzas, Mastino V is fully vegan and also almost fully gluten-free. (The pizzas are all GF, but some of the desserts aren’t!)

There’s so much choice on the menu that I seriously struggled to decide, but rest assured my leafy choice below is not as salad-y as the photo might have you believe. There’s a lot of dairy-free cheese hiding under that rocket, and the faux brie on top was a bloody good effort too.

My trusty accomplice ordered a pizza with homemade pesto so good I can still taste it just by looking at the next photo, and despite paying solidly restaurant prices to eat directly out of cardboard, I can’t say I have any complaints. The guy who runs this place was on hand sharing his really genuine enthusiasm for awesome pizza and vegan cooking, and room was found to stuff chocolate donuts on top of the contents of our already very doughy bellies at the end.

The branch we went to opens from 5pm-10pm Tuesday-Sunday, and it’s well worth a look-in at dinnertime if you’re in the mood for stonebaked pizza in a relaxed setting.

I won’t list the address of every Bagels&Beans branch in Amsterdam, because there are freakin’ loads of them all over the place – which is great if you’re vegan, because as well as vegan cream cheese bagels, these guys serve The Dutch Weed Burger. Oh yes.

The Dutch Weed Burger is not a burger made with marijuana. That would taste goofy, and be a silly way to try and get high. Dutch Weed Burgers are actually made with seaweed, and the ‘weed sauce’ they come with is also seaweed-based. Do not be alarmed. This stuff is magical.

You can pick from something silly like eight different types of bagels to stick your burger on, and as my menu was only in Dutch I pointed at the one with the the most exciting picture, which turned out to be some kind of ‘everything bagel’ and totally paid off.

Weed Burgers come with the added benefit of purporting to be actually quite good for you, so you can make a big mess eating one like a pig and come away glowing afterwards, like you’re one of those raw vegans who lives on nutritious rainbow salads and sparkles.

I’d say the best description of the flavour of these was ‘quite like a really amazing fishcake burger thing’ , and we both decided it was so great we had to go to the actual Dutch Weed Burger Joint next, to find out what else the original creators were up to. See below.

Nearby tourist stuff: There’s one of these near to just about anything you could possibly be doing, seriously.

It turns out that it isn’t just the burger that’s really good, all the other stuff made with or out of seaweed is also unfeasibly glorious. When we first arrived to eat at Dutch Weed Burger Joint there was a camera crew inside filming for the 8 o’clock news the next day, because it isn’t just us that say this place is rad. Believe the hype, okay?

If you’re wondering why my hotdog has green on it, it’s because the hotdog mustard is made with algae. Yeah, algae. Bloody vegans and their bloody pond slime. If you’d have said to me last week ‘Hey Tabby, how much would I have to pay you to eat a spoonful of algae?’ I would probably just have laughed at you and told you not to be silly. But in Amsterdam, I literally paid someone to put algae on my food. Ridiculous.

What’s more ridiculous is that everything about both of our meals was f***ing insanely good. Chris’s burger this time around was not a fishcake-y one, but more a regular ”meaty” soy-based number with the expected seaweed detailing. The seitan hotdog was possibly the best vegan hotdog I’ve ever eaten, and y’all know I like to eat a lot of processed goods, so that’s saying something. Don’t hear ‘seaweed’ and think ‘seaside’, think ‘fancy sushi seaweed making my junk food all nutritious somehow maybe’.

On the same road as Mastino V lives the also-fully-vegan Meatless District. Open for breakfast, lunch and dinner, we flung ourselves in for French toast before a trip to the Waterlooplein Market on the other side of town and holy moly it was good.

Later in the day you can get salads, soups and sandwiches, bar snacks like bitterballen and nachos and later still, dishes like pink risotto, obscenely posh truffle tagliatelle and big ol’ vegan burgers. I would have loved to have squeezed in another trip, but being slightly further from Amsterdam’s sightseeing spots and with limited time we only made it here once – it was an excellent way to start the day.

If you want to come but look at the map and think ‘that looks a bit far from the middle of town’, do bear in mind that Amsterdam isn’t that big and you’re never really more than half an hour’s walk from anything else. If you’re staying near the Leidseplein or in the Jordaan area and don’t walk at snail pace it won’t take more than 10-15 minutes to get here – there are also tram stops pretty much outside the door, so if you’ve saved your feet some work and got a travel pass there’s no excuse to miss it.

Avocado and maple syrup. Incredibly good combination. Who’d have thought it? Apparently The Avocado Show use sustainably and responsibly sourced avocados, which is just as well given every dish on their menu has avocado as the centre of attention.

A look at their website gives you an idea of how intricate some of the plating gets – we kept it simple with vegan matcha pancake stacks, but omni tables nearby were on avocado poke bowls that looked like sculptures plucked from a gallery. I don’t know how you learn to make thinly sliced avocado into roses and swirls, but that seems to be the signature here.

There’s plenty of choice for vegans and veggies on the menu here and while I had my reservations about bastardising a stack of pancakes with something as health-ish as matcha powder, I enjoyed every mouthful and couldn’t help but recommend it to anyone who might be reading.

End Note: Would love your reviews of TerraZen!

Having made the trip to TerraZen based on all social media saying they were open, it turned out they were actually closed for a few days for refurbishments while we were there. TerraZen was recommended to me by several people and if you’ve been and seriously rate it, I’d love to stick your review and food pics here. Shout if you think it’s a winner! 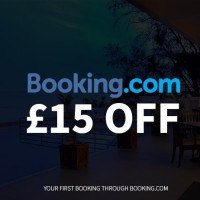 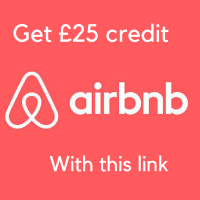 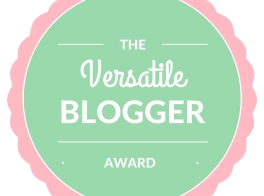